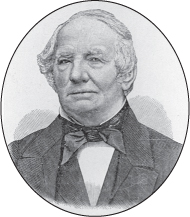 THIS COMPEER and associate of Dr. Thomas H. Gallaudet, to whom the latter owed much of his success in exciting an interest in the public mind in the education of the deaf and dumb, was born in La Balme, Canton of Cremieu, Department of Isere, France, December 26, 1785. At the age of twelve he entered the Institution for the Deaf and Dumb in Paris, then under the charge of the Abbé Sicard, and ultimately came to be one of the best teachers there. Dr. Gallaudet, being unable to remain in France so long as was desirable to obtain a thorough knowledge of the sign-language, selected Mr. Clerc to accompany him to America on his return, and finally induced him to do so.

Leaving home, country, and friends for the sake of the yet uneducated thousands of deaf and dumb in a strange land, Mr. Clerc devoted himself to their instruction for more than forty years, until age and infirmities forced him to relinquish his post, when he was granted a pension for the remainder of his days, by the Directors of the Institution whose cradle he had rocked and to those growth he had so largely contributed. Ten years after his retirement from active service, on the morning of July 18, 1869, in the eighty-fourth year of his age, Mr. Clerc followed his companion, Gallaudet, to the other world. Like the latter, he was missed and mourned, and the memory of the two is inseparable in the deaf-mute mind.

In 1874 a monument, consisting of a shaft and pedestal, surmounted by a bronze bust of Mr. Clerc, was erected opposite that commemorative of Dr. Gallaudet in front of the American Asylum at Hartford, on which occasion, as on the previous one, large numbers of mutes assembled from all parts of the country to do honor to his memory.

To the labors of Gallaudet and Clerc we know of no more expressive tribute than the following lines by Dr. Abraham Coles of New Jersey:

Enthusiasts, who labored to bridge o’er

The gulf of silence, never passed before,

To reach the solitaire, who lived apart,

Cut off from commerce with the human heart,

To whom had been, all goings on below,

A ceremonious and unmeaning show;

Nought but a mouthing and grimacing crowd;

And all the great transactions of the time,

An idle scene or puzzling pantomime.

Children of silence! deaf to every sound

That trembles in the atmosphere around,

Upon the marge of that once stagnant lake,

With the vibrations of new thoughts conferred.

No more your minds are heathenish and dumb,

Now that the word of truth and grace has come.

A TRUE man never frets about his place in the world, but just slides into it by the gravitation of his nature, and swings there as easily as a star.

Institutions for the Deaf and Dumb